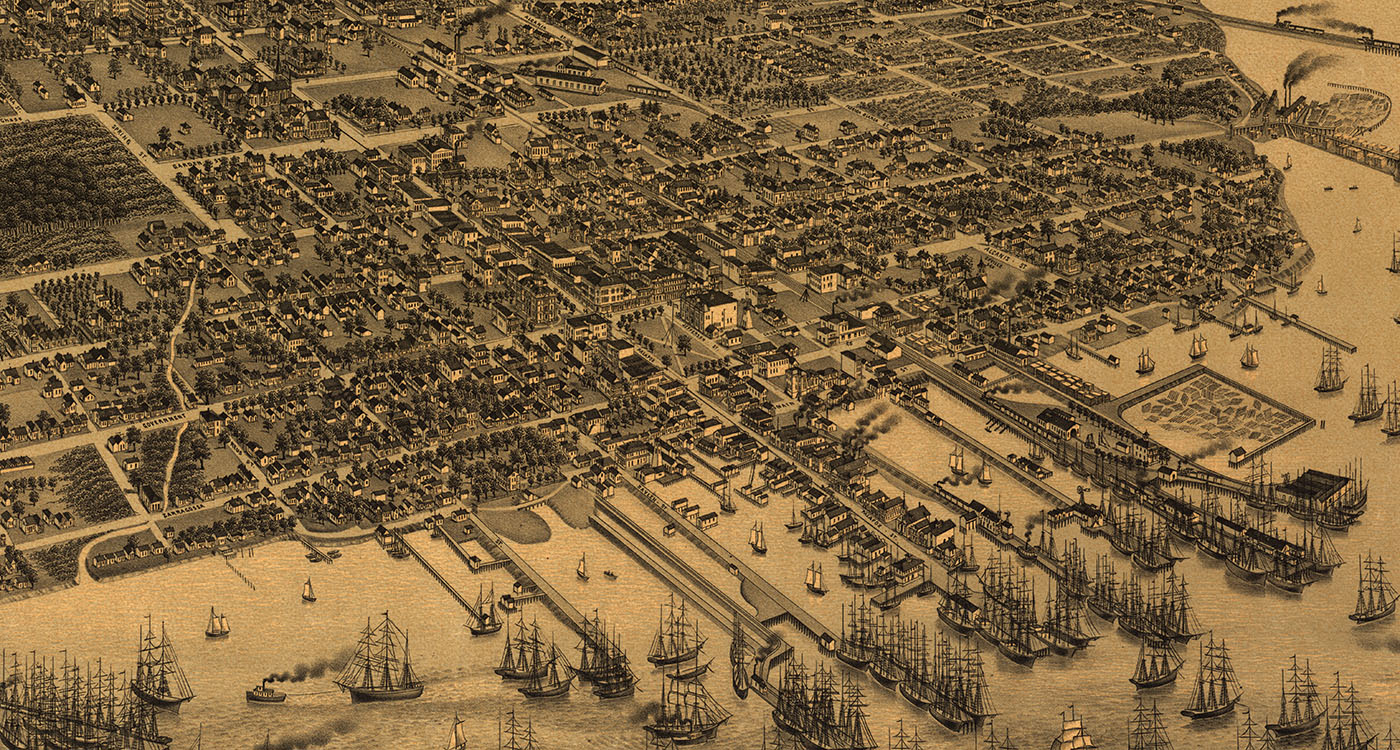 Times are good for the University of West Florida: the school is celebrating its 50th anniversary this year; a new president is ramping up plans to expand the school’s presence in downtown Pensacola, the economic and cultural hub of the region; and after a celebrated inaugural season, the school’s long-awaited football program is heading into its second year.

But over the years, it seems the university has always strived to be part of greater things. One of the state’s newest universities, UWF was first established in 1963. Today, the institution is playing a game of catch up to the other powerhouse universities in the state that have existed in some form for nearly two centuries.

The history of the University of West Florida could have been much different, however, if a decision made 166 years ago had gone differently. It was then that Pensacola was a favored location for one of two public universities to be established in Florida — one east of the Suwanee River (long considered the dividing line between east and west Florida) and another university to be established west of the river.

In the early 19th century, Florida’s elected representatives had already recognized the value of higher education but they had failed to translate their enthusiasm into action during the territorial era. In 1823, the territorial council of Florida voted to set aside two townships’ worth of public land to raise money for a “seminary of higher learning.” 13 years later in 1836, territorial Governor Richard Keith Call appointed a 14-member board to plan for a University of Florida. But by the time Florida became the United States’ 27th state in 1845, Florida was still lacking a state college of any kind.

In the first half of the 19th century, Pensacola was the largest city in Florida. The town was the capital of West Florida and was considered the “Wild West” of the Southeast, providing refuge for a diverse population made up of buccaneers, pirates, and smugglers to political refugees, frontiersmen, freed slaves, and Native Americans. West Florida had yet to be “Americanized” like its neighbors to the north.

Pensacolians and many Floridians lamented the state of their educational system. Georgia established a public university in 1785, while the University of Alabama had been open since 1831. Meanwhile, Florida’s young men and women were obliged to travel outside the state to finish their training, or not receive it at all. In January 1851, the Legislature took action by establishing two seminaries for teacher training, one for each side of the Suwannee River. Beyond this one directive, the act was silent as to where the two schools should be located. The Legislature would have to make that choice once the options were clearer.

Several towns throughout the state took this as their cue to make it very clear why they should be chosen as the site for one of the new seminaries. In recommending themselves, the petitioners focused on the healthfulness and convenience of their location. Pensacola’s advocates, for example, argued the city’s proximity to the Gulf of Mexico and points west would attract students from neighboring Alabama, Mississippi, Louisiana, and perhaps even the West Indies. Ocala’s petitioners pointed to their position near the geographic center of the peninsula and the number of stage roads in the area as reasons for the town’s worthiness.

In a 1847 petition to the General Assembly of the State of Florida, Pensacolians asked that the state seminary west of the Suwannee River be located in Pensacola.

“Your memorialists therefore respectfully ask of your honorable body the passage of a law establishing at Pensacola, a University, as one of the higher Seminaries contemplated in the act of Congress already referred to,” the petitioners wrote.

The petition outlined three reasons for the establishment of the university in Pensacola.

“Among the causes for placing the Institution at Pensacola, your memorialists would respectfully present the following:

1. The salubrity of the place. The institution could be continued in its exercises without the periodical fear of disease.

2. The cheapness of provisions and building.

3. Its geographical position. Besides students from Florida, it would command a large number from Louisiana, Alabama, Mississippi, and the West Indies. New Orleans and Mobile alone would furnish a large number. The facility of communication with Pensacola is such, that from all the places named students might come with ease.

Your memorialists in conclusion respectfully present the whole subject to the consideration of your Honorable body, and ask the passage of a law establishing at Pensacola, under the auspices of the state, the University of West Florida.”

Not everyone agreed, obviously.

Pensacola was locked into a competition for the new seminary with Tallahassee, the new capital of the state. In perhaps an overly confident move, Pensacolians promised to provide only the land necessary to build a seminary. Tallahassee, however, went much further in their incentives to lure the seminary.

The mayor of Tallahassee and city council heavily lobbied the state assembly and pledged to donate $10,000 (about $300,000 today). City officials also offered to grant the institution an annuity of $1,500 per year. Citizens of nearby Quincy proposed a similar offer to gift the buildings used by the Quincy Academy, but the petitioners did not commit any specific amount of cash to the project. The Legislature eventually chose Tallahassee as the site for the state seminary west of the Suwannee, which ultimately became the Florida State College for Women and later the Florida State University.

East of the Suwannee River, Ocala in Marion County and Newnansville in Alachua County were the main contenders for a seminary. The Ocala petitioners offered to give the state 16 town lots in Ocala valued at $5,000, plus $1,600 cash, as well as the buildings then being used by the East Florida Independent Institute. Newnansville did not yet possess anything like the East Florida Independent Institute had to offer, but in their petition the citizens of the town pledged $5,000 toward constructing new facilities. The Legislature ultimately selected Ocala as the East Florida site, which after a series of transformations and a relocation to Gainesville became the University of Florida.

In the end, of course, it was Tallahassee that was chosen as one of two sites for the state’s public universities, giving rise to Florida State University. Here in Pensacola, the University of West Florida — whose name and creation had first been conceived more than 112 years ago — was finally established in 1963, and it would be five years more — exactly 50 years ago — that students would begin attending classes.

The Florida State Archives contributed to this article.