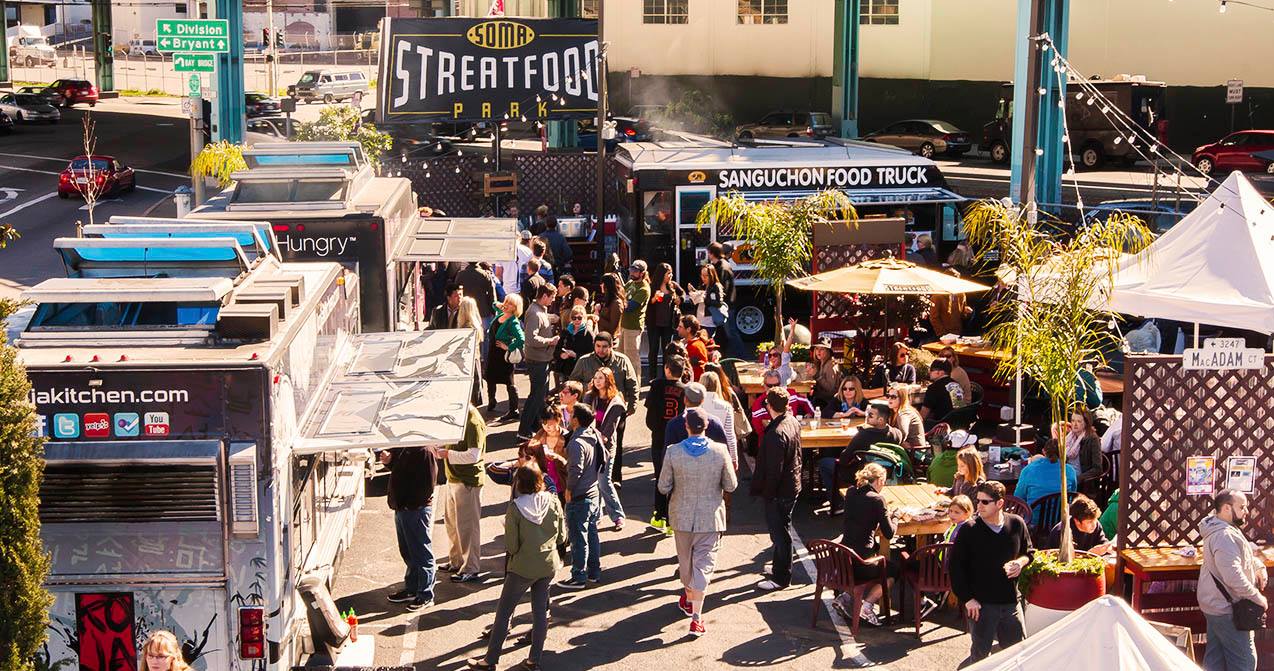 At least one Escambia County commissioner wants to bring a permanent food truck park to the Warrington neighborhood in Pensacola.

Following the lead of cities like Austin, San Francisco and Atlanta, County Commissioner Doug Underhill, along with many residents of the Warrington neighborhood, are taking the first steps towards establishing the first mobile food truck park in Pensacola, west of downtown.

A proposed food truck park initiative was presented to the Escambia County Board of County Commissioner’s Committee of the Whole workshop Thursday night. The proposal seeks to establish an area for mobile food vendors to park and operate at the northeast corner of Barrancas and Live Oak Avenues on property owned by a Mobile, Ala.-based investment company, adjacent to the recently-located offices of the Escambia County tax collector.

More than 4,000 food trucks operate in U.S. metros with populations of more than 100,000 people, according to a study from the University of Michigan and Northwestern University. Emergent Research, an independent research and consulting firm, predicts food truck revenue will reach $2.7 billion by 2017, accounting for nearly 4 percent of total restaurant sales.

Speaking to the county commissioners from the public podium Thursday night, Underhill made his case for the Warrington food truck park. “There is no shortage of opportunities for culinary tourism in Pensacola,” Underhill said. “We’re creating a space that’s specifically for food trucks. They have been gaining popularity across the nation and Pensacola certainly has the opportunity to take advantage of this momentum.”

In addition to the proposed location at the northeast corner of the Barrancas shopping center, other proposed sites include several vacant properties on the north side of Barrancas Avenue.

The proposal states that improvements to the site would include electrical, sewer, and water hook-ups, as well as construction of pavilions with picnic tables, restrooms, landscaping, and shared parking. Food trucks would occupy the spaces. A site plan shows space for seven food trucks at the park. Concrete pads would be rented to food truck owners on a per-use basis, according to the proposal.

The total cost of implementing the plan is estimated to be around $650,000. Underhill said implementing the plan would require public-private cooperation to ensure its success, stating the Community Redevelopment Agency would be asked to bear the brunt of the upfront costs for the acquisition of the property and improvements to the site.

The CRA studied several established food parks across the nation, including the Al Fresco outdoor dining development in downtown Pensacola for models of success. That private development hosts permanent food trucks that do not rotate out or move to other locations. The Warrington proposal would include mobile food trucks that could move from location to location, similar to food truck parks in Austin, Atlanta, San Francisco and Oklahoma City.

During the presentation, Underhill took focus on the need for a town center in the Warrington neighborhood, which has been under constant change with the expansion of the major traffic corridors of Barrancas Avenue and Navy Boulevard.

“Development of Warrington has really taken away the town center feel,” Underhill said. “The people recognize the need for a central center for Warrington and that’s why we are looking at this area.”

Underhill also said he’s received feedback from the community on the expanded opportunities for private sector growth with food trucks that are in close proximity to Naval Air Station Pensacola and Corry Station. Together, the two facilities employ nearly 30,000 people, contribute more than $1.2 billion to the local economy, and attract more than 1 million visitors every year.

“This food truck court creates a central place for people to go have lunch,” Underhill said. “The lunch economy is booming in Warrington and the reason is that the [military] bases provide a lot of lunch activity. They spend a lot of time figuring out where to go for lunch and something like this would draw that crowd and provided 6 or 7 different options.”

Underhill went on to share his beliefs that food trucks don’t pose a risk to established brick and mortar business, which has been a controversial issue in Pensacola, most notably downtown. When asked about competition to” brick and mortar” businesses from Commissioner Wilson Robertson, Underhill stated he respects those investments.

“Those [brick and mortar] business owners haven’t earned the right to prevent others from getting into the game,” Underhill said. “Do we really want to create a business environment where someone with a great idea and work ethic can’t start their business? The argument that these food trucks are putting our brick and mortars at risk is an argument where I can’t find a real-life example of.”

Underhill added that this park would act as a business incubator for start-ups that may one day transition to full-scale restaurants and eateries. “It’s been proven time and time again that food trucks offer a business incubator where you’re able to try new ideas at lower risk and if they don’t work, you don’t end up with an empty brick and mortar.”

“I believe in capitalism,” said Commissioner Lumon May, in response to the presentation. “I totally understand the need and I’m open to the idea.” May noted he would like to see a food truck park that offered healthier food truck alternatives for the Warrington community, which has a higher poverty and obesity rate than surrounding neighborhoods.

Underhill said he’s certainly open to the private-sector needs of the community and affirmed the commissioner’s, “This will give the people of Warrington a place to be proud of.”