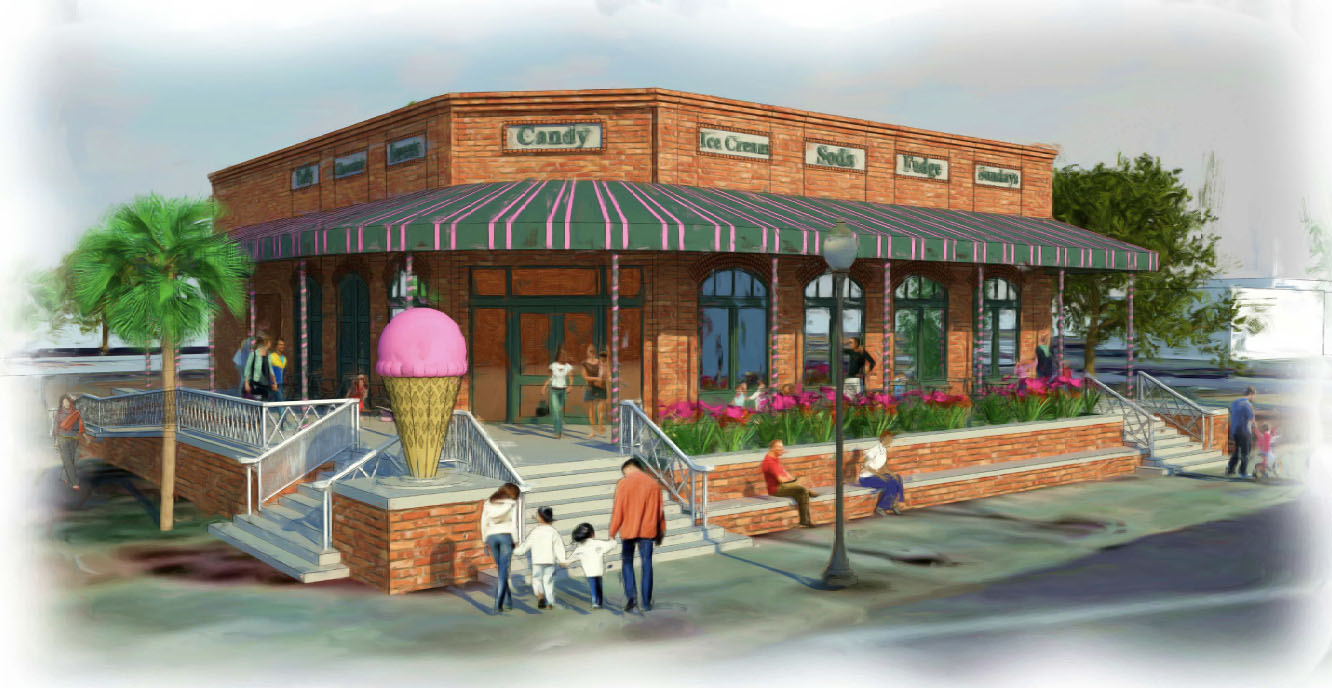 Families and candy lovers will soon have a new spot to bring the whole family in downtown Pensacola – Bubba’s Sweet Spot, that is. At the corner of Baylen and Main streets, homegrown sports celebrity Bubba Watson and local developers Quint and Rishy Studer are getting ready to build a new candy and ice cream store.

The new downtown store will include a 15 seat old-time soda fountain bar, a “Kids Zone” for parties, old-fashioned arcade games, a fudge bar, an ice cream bar and retail areas for a variety of other sweets.

Developers Rishy and Quint Studer said they drew inspiration from other candy and ice cream shops around the country, including in Savannah, Ga. “We just loved going to all the candy stores up north,” Rishy Studer said. “They’re all just so visual.”

“We’ll have a variety of snacks, chocolates and sweets,” Studer added. “We want to include the sweets everybody grew up on. We tried not to overthink the food menu and Bubba had the idea to serve just grilled cheese and peanut butter and jelly sandwiches. I think the kids will love that.”

Original plans were for the store to be built behind the Bodacious Olive, where SoChopped salad bar was recently built. “The plans and dreams for it just got too big,” Studer said. “We had to move it down the block.”

A wraparound porch on Main and Baylen streets will allow for outdoor seating. The developers hope the new addition to downtown will help encourage walkability between Palafox Street and the Community Maritime Park, especially during baseball games and other events at the park.

“Palafox Street is just one street and we just want people to be able to walk off Palafox and experience something new,” Studer said.

The City of Pensacola is set to review the plans for the store at this month’s Architectural Review Board meeting. Pensacola firms SMP Architecture and Greenhut Construction are designing and constructing the building, with completion set for Summer or early Fall of next year.