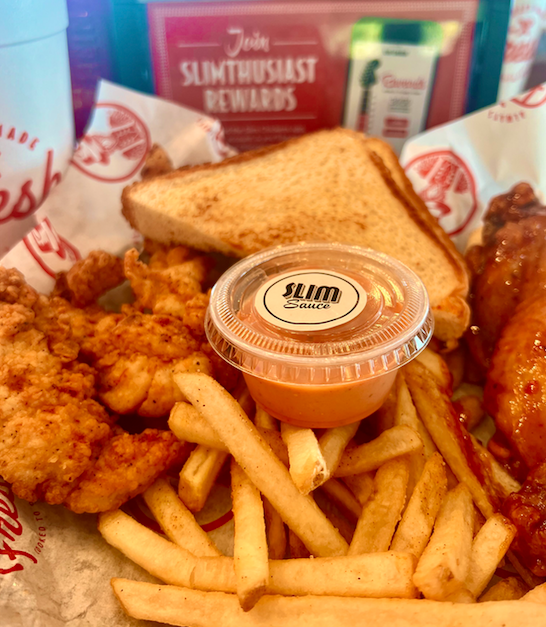 Hacklander says that the Navarre location is the their sixth store in the Florida panhandle. Slim Chickens differentiates themselves from competitor by serving all fresh food, that is made to order. They brine their chicken for 24 hours overnight before they hand-bread them after an order in placed. Slim Chickens is also known for their “desserts in a jar,” which locals seem to rave over.

Slim Chickens opened in 2003 in Fayetteville, Arkansas, with a focus on fresh, delicious food with a southern flair in a fast-casual setting. Guests can always expect fresh chicken tenders and wings cooked to order and served with housemade dipping sauces. With more than 190 locations opened and a fanatical following in 30 U.S. states, as well as international locations in the United Kingdom, the eternally cool brand is an emerging national and international franchise leading the “better chicken” segment with a goal to grow over 600 restaurants over the next decade. Southern hospitality is not just for the South; everyone, everywhere can appreciate honest food to socialize with friends and neighbors. To learn more about the brand, visit slimchickens.com.