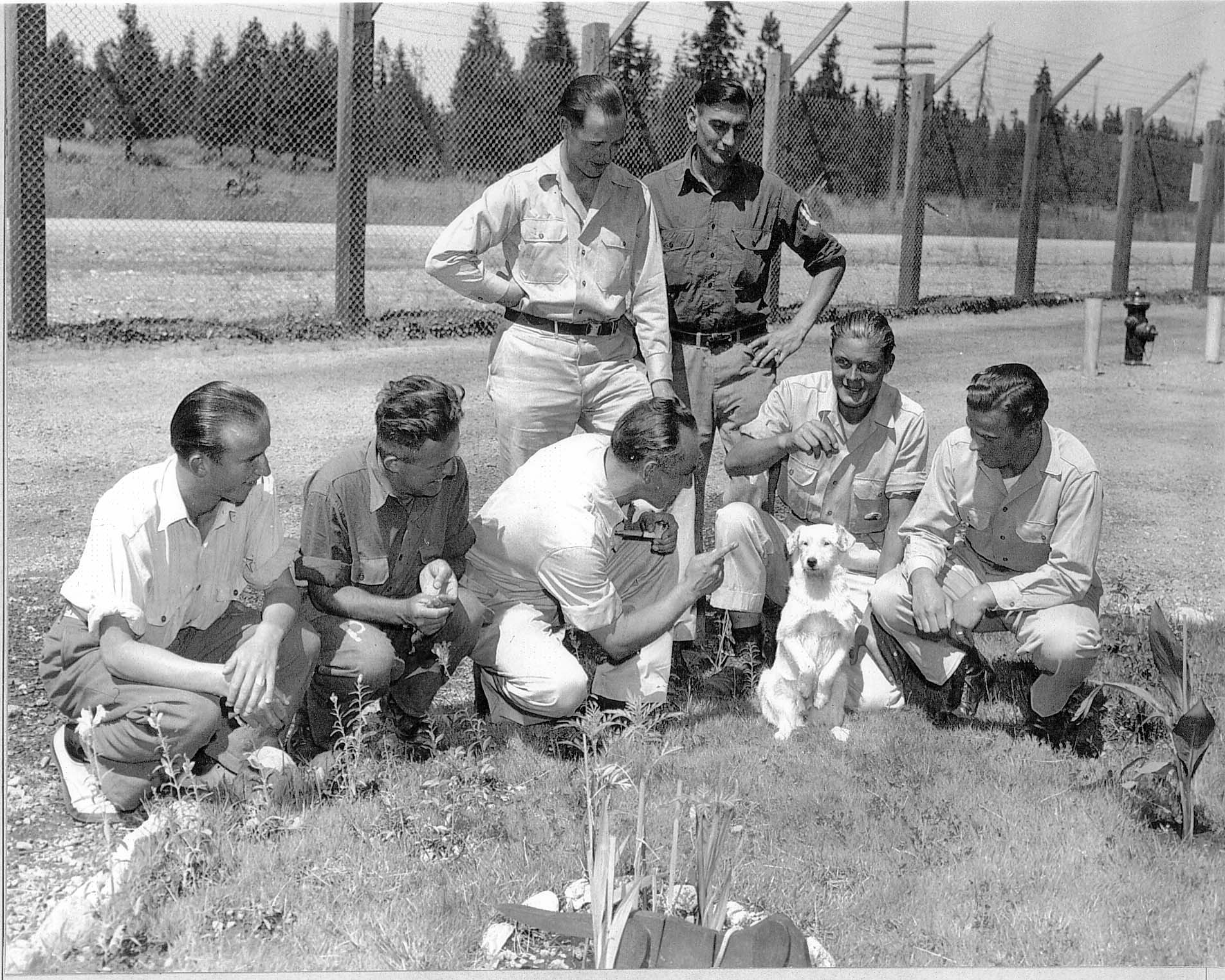 75 years ago, however, the naval installation was just a single airstrip nestled between cotton and soybean fields several miles north of the sleepy town of Milton, Fla. For nearly a century, the airbase has been a vital part of both Northwest Florida and America’s naval air training apparatus.

Shortly after its opening during World War II, the air base had a mission beyond just training America’s newest naval aviators. The base would play host to hundreds of German prisoners of war sent to the United States during the conflict that pitted America and its allies against the major axis powers of Germany and Japan.

This simple plan, approved in 1945, witnessed the construction of a prisoner of war camp for German POWs at Whiting Field. The camp was one of hundreds scattered around the country, usually located in isolated areas. Altogether, the American Army housed nearly half a million POWs, mostly Germans, during the war.

During the final months of World War II, Naval Auxiliary Air Station Whiting Field continued to mold itself into one of the premiere aviation facilities in the United States. Ironically, names such as Pvt. Franz Gruber, Sgt. Erich Scherz, Pvt. Heinrich Pleuger and Pvt. Fritz Belitza were among the many men who played an important role in shaping the infrastructure that ensured the success of the fledgling airfield.

Realizing the drastic need for manual labor to help complete the installation’s framework, begun only 15 months earlier, the Navy applied to the Army for assistance from their pool of German prisoners of war. The Army approved the transfer July 10, 1945 and just two days later, 19 soldiers from Fort Rucker, Ala. transferred to Whiting Field escorting 100 prisoners.

Under the command of Army Capt. Robert Fuller the POW camp was established at Whiting with the Army ensuring the administration and discipline of the prisoners while the Navy assumed responsibility for the food, bedding, living quarters, medical attendance and other items pertaining to health and welfare. The labor of the work details was supervised by the Public Works Department.

Food was considered of good quality, but maintained the lowest rations point values available in the Navy stores. Cooking was performed by the prisoners, under the supervision of Army personnel to ensure proper sanitation was maintained.

The food was evidently pretty good as a former Milton City Councilman remembered. Byron Stewart once worked construction on Whiting while the camp was being built and eventually joined the Army. One of his responsibilities was to escort prisoners to New York for return to Germany. In 1946, he returned to Milton to check on some of the prisoners there and what he remembered best was “the great pastry” made by the Germans.

“They would take bologna and Vienna sausages and make better food than the Navy,” Stewart said.

Stewart preferred to take meals with the Germans and never had any animosity toward the men.

“They were just regular Army-drafted, just like us,” he said.

The site for the POW camp was on the north end of the base and the first 100 prisoners reconstructed four old contractors’ shacks to provide sleeping space and a galley and mess hall for the Germans. A small storage shed was renovated to create a space for a barber shop, canteen and reading room. A dispensary was established, using a 16’ by 16’ tent, on site for the prisoners to ensure basic medical care was readily available.

The first 100 prisoners performed the work that prepared the camp for the additional 125 German POWs who arrived less than one month later on Aug. 3, 1945. Each prisoner was provided with half of a double-bunked bed, mattress, mattress cover, two blankets and a pillow.

Work was undoubtedly hard, and the living conditions somewhat primitive, but photos of the time show the sailors attached to the installation had similar amenities. Work details of the time had the prisoners staffing projects such as: access road and soil erosion, repairs to Naval Railroad, repairs to perimeter fencing, sodding ditches and grounds upkeep.

It wasn’t all work, however, as former Navy Gunner Julius Purvis recalls that on Sundays, one of the main forms of recreation was going to watch the POWs play sports.

“The war was over, so we killed time when we could just playing cards or we would all go watch their soccer matches,” he said.

Purvis remembers the soldiers as part of General Erwin Rommel’s Africa Korps. The POWs worked their details during the day, and were kept within the confines of the POW camp at night. He said that it seemed a comfortable routine for the German soldiers.

“They were reasonably happy to sit out the war there. It was a stable environment for them,” Purvis emphasized. “They were fed well, had medical care, and there were no troubles in the camp.”

NAAS Whiting Field detached 122 German prisoners of war back to Camp Rucker on March 18, 1946, and one week later released the remaining soldiers to their other duty stations. The men may have only been at the fledgling air station for about eight months, but they left a lasting impression, according the Whiting files from 1946.

“During their stay at Whiting, the prisoners relieved the service personnel of many of their jobs, such as erosion control, sodding of drainage ditches, small construction jobs, etc. Through their work and labor, Whiting made long strides toward becoming a permanent station.”

Honoring the Life and Legacy of Deputy Don Cook