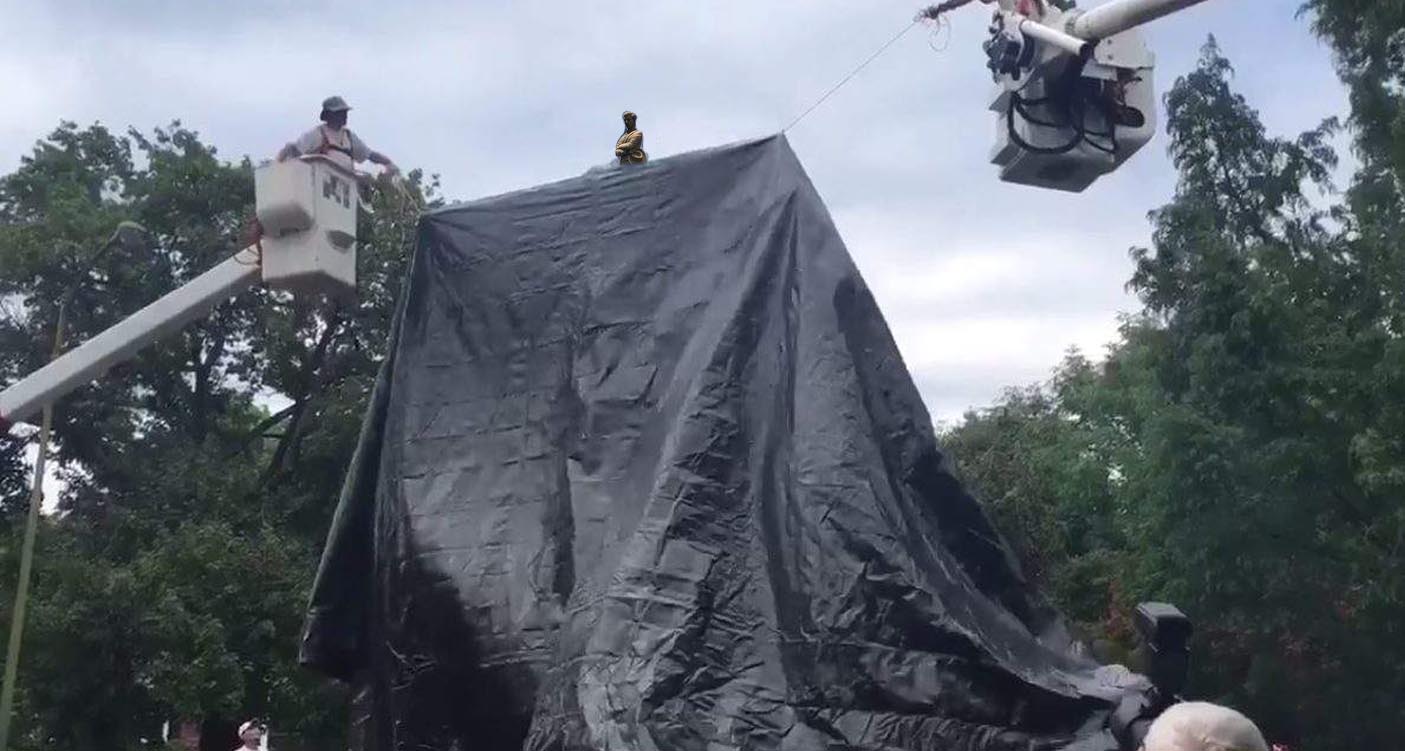 With public opinion sharply divided following his suggestion that Pensacola’s most prominent Confederate monument be removed, Mayor Ashton Hayward has decided instead to simply cover the 50-foot statue with a big tarp until this whole racism thing blows over.

Hayward announced his decision during a recent 14-hour marathon city council meeting, though he did not seek the council’s approval for the move, saying his powers as the city’s “strong mayor” give him the authority to act unilaterally.

“This move makes perfect sense,” said city council president Brian Spencer. “Pensacola’s city government has a long and proud tradition of half-assing every single goddamn thing we do, and I applaud the mayor for finding a solution which honors that tradition.”

“I initially supported the mayor’s plan to remove this monument, but that was before my old, white constituents started blowing up my phone,” Johnson said. “I’m tired of hearing about it. I’m tired of seeing weirdos in Confederate costumes at council meetings. I’m ready for this council to get back to our normal routine of arguing for hours and accomplishing nothing.”

While many council members expressed support for Hayward’s decision, the sentiment wasn’t unanimous. Councilwoman Sherri Myers complained that the public didn’t have enough information about Hayward’s plan and argued unsuccessfully for the establishment of a “subcommittee on tarp deployment” to study the issue.

Hayward’s comments supporting the monument’s removal triggered competing demonstrations last month during which two people were arrested. Speaking with a reporter following the council meeting, Hayward acknowledged the political ramifications of his actions.

“Look, I know I said I wanted this statue to come down,” Hayward said, “but I honest-to-God forgot that I’m up for re-election next year. I need to make this whole thing go away so I can get back to pandering to my base of elderly neocons that like the way I smile.”

Apparently believing his conversation with the reporter was off-the-record despite never having said so, Hayward continued to speak frankly.

“Look, we all know that if I had my way we’d dynamite the monument and replace it with some kind of modern art installation,” Hayward said. “But I’ve somehow managed to convince these people that I’m a Republican for seven years running. I’ve got an image to keep up.”

Hayward said the tarp would remain in place until racism came to an end or he somehow grows a pair of balls, whichever happens first.