Home History A century ago, the Navy’s first airship takes flight in Pensacola 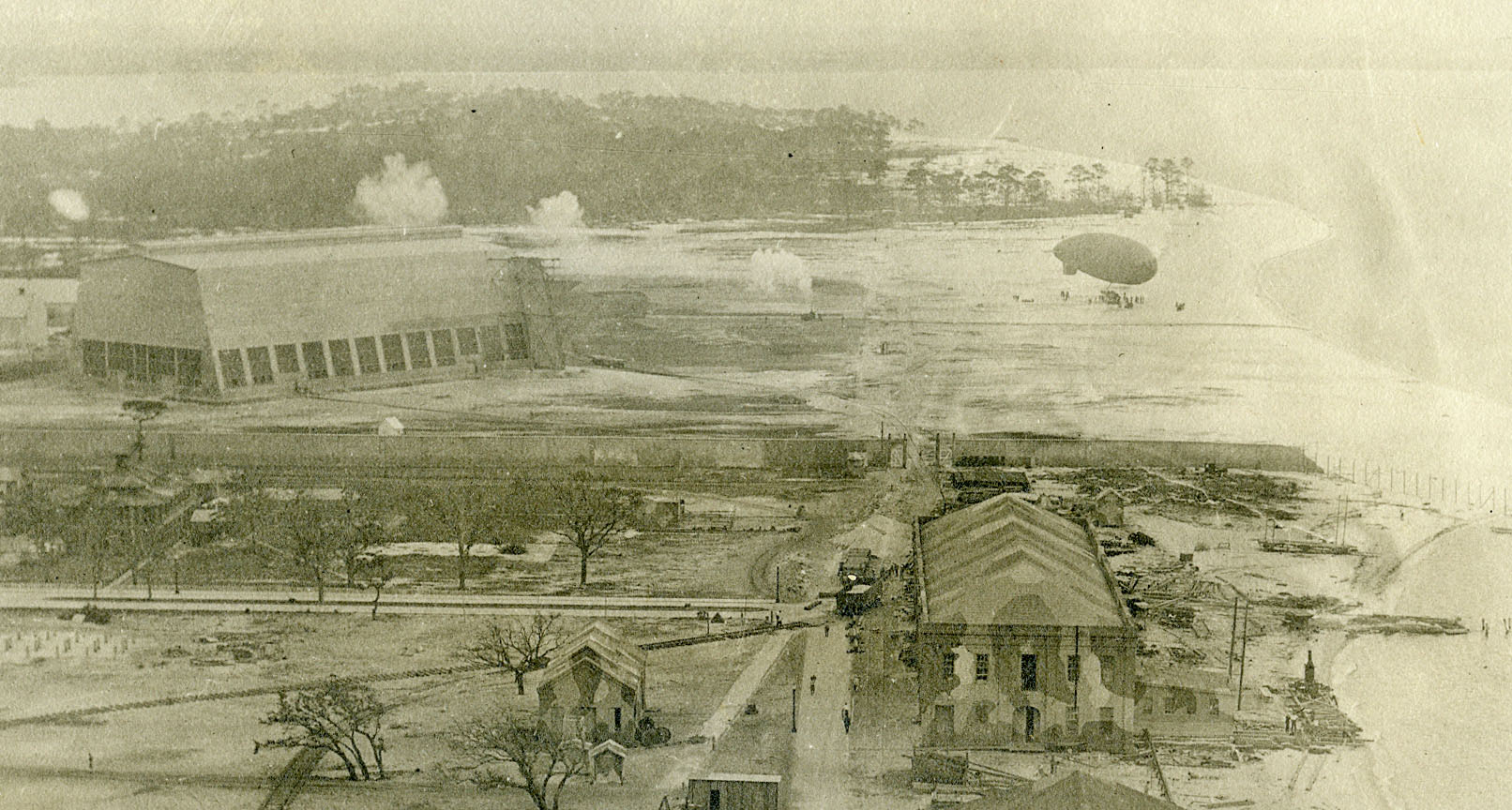 Once a derelict Navy yard, the ‘Cradle of Naval Aviation’ became the birthplace of military flight, including airships.

Nearly 500 years ago, the waters of Pensacola Bay drew European explorers aiming to claim land in the name of their homelands. For centuries, Pensacola was known as a treasure for those who claimed her. More than 300 years later, United States Navy ships would battle for Pensacola and her harbor, fighting off ill-prepared Confederate forces that had kidnapped the city and her citizens.

It was just a century ago, however, that the United States again recognized Pensacola’s strategic importance — this time not as the foundation of a New World colony or a safe harbor for ships of war, but as a natural proving ground that would serve well for warfare’s newest innovation.

In 1916, American novelist Mildred Cram took a tour of the recently established Naval Aeronautic Station at Pensacola during a research visit. She marveled at the activity surrounding her, from the seaplanes taking off “with a staccato roar and a blinding shower of spray” to the mechanics at work “with the complex, delicate veins and arteries that move the inert body [aircraft]…out of the water to the topmost skies.”

However, perhaps the greatest impression made on her was the DN-1, the Navy’s first airship. “It had just arrived and had been tied up in its kennel, looking very much like a long, yellow dachshund,” Cram remarked. “But the dirigible’s kennel, to tell the truth, was more impressive—a great floating hangar, truly magnificent in proportion, which can be towed to sea and so turned with the wind that the dirigible is able to leave its shelter and to re-enter it with the utmost facility.”

The Navy’s pioneering “lighter-than-air” program based at Pensacola utilized aircraft such as blimps, balloons, and airships, using lifting gases to help the aircraft rise above the Earth’s surface. The U.S. military saw great use out of the program, recognizing that balloons were used to monitor enemy troop movements and gather intelligence during wars dating back to the 18th century.

In 1915, the Navy signed a contract for its first lighter-than-air (LTA) ship with the Connecticut Aircraft Company in New Haven, Connecticut. This first naval airship was designated the DN-1 (Dirigible, Navy, Number 1) and cost the U.S. $45,636, $1.1 million in today’s dollars.

Delays in engineering design and the procurement of materials pushed back completion of the DN-1 from the planned October 1915 date to late 1916. In the meantime, construction proceeded more quickly on the floating hangar, which took shape in the wet basin at Pensacola, corrugated metal eventually covering its skeletal framework. Large canvas curtains covered the open end of the hangar.

The DN-1 was shipped to Pensacola in December 1916 and assembled in the floating hangar. Soon after it was constructed, gale force winds took it on a trip and the DN-1 finally stopped in a swamp 75 miles east of Pensacola, luckily no one was onboard at the time.

It would be a brief and inauspicious career for the DN-1. Lt.Cdr. Frank R. McCrary, pilot of the DN-1, had been assigned duty for flight testing the airship. During the dirigible’s maiden voyage, the DN-1 sailed above Santa Rosa Island, circled over downtown Pensacola, and then returned to the naval air station. The next day, the Pensacola Journal reported that the first flight was a “perfect success” and described how the airship exceeded expectations. Other accounts, however, differed.

Its time in the air revealed that the airship was underpowered, overweight and its envelope leaked. The airship completed just two more flights before the DN-1 was damaged while being towed across the bay, with the Navy concluding that it was not worth repairing and subsequently scrapped.

As for the hangar, it remained in the wet basin for a time before being placed along the shore adjacent to Station Field (later renamed Chevalier Field), the first airfield aboard NAS Pensacola. Soon thereafter, personnel moved it ashore and it became one of the first hangars to house landplanes at the air station, remaining in use into the 1920s.

The United States continued to develop its lighter-than-air program during the interwar years, as did the rest of Europe. During World War II, the U.S. Navy used airships to monitor the Atlantic and Pacific oceans in an effort to spot enemy submarines. After WWII, the airship faded into obscurity as the military allotted more funding to develop heavier-than-air aeronautics. By the mid-1960s, the Navy’s lighter-than-air program had come to an end.

The State of Florida archives and U.S. Navy Archives contributed to this story.