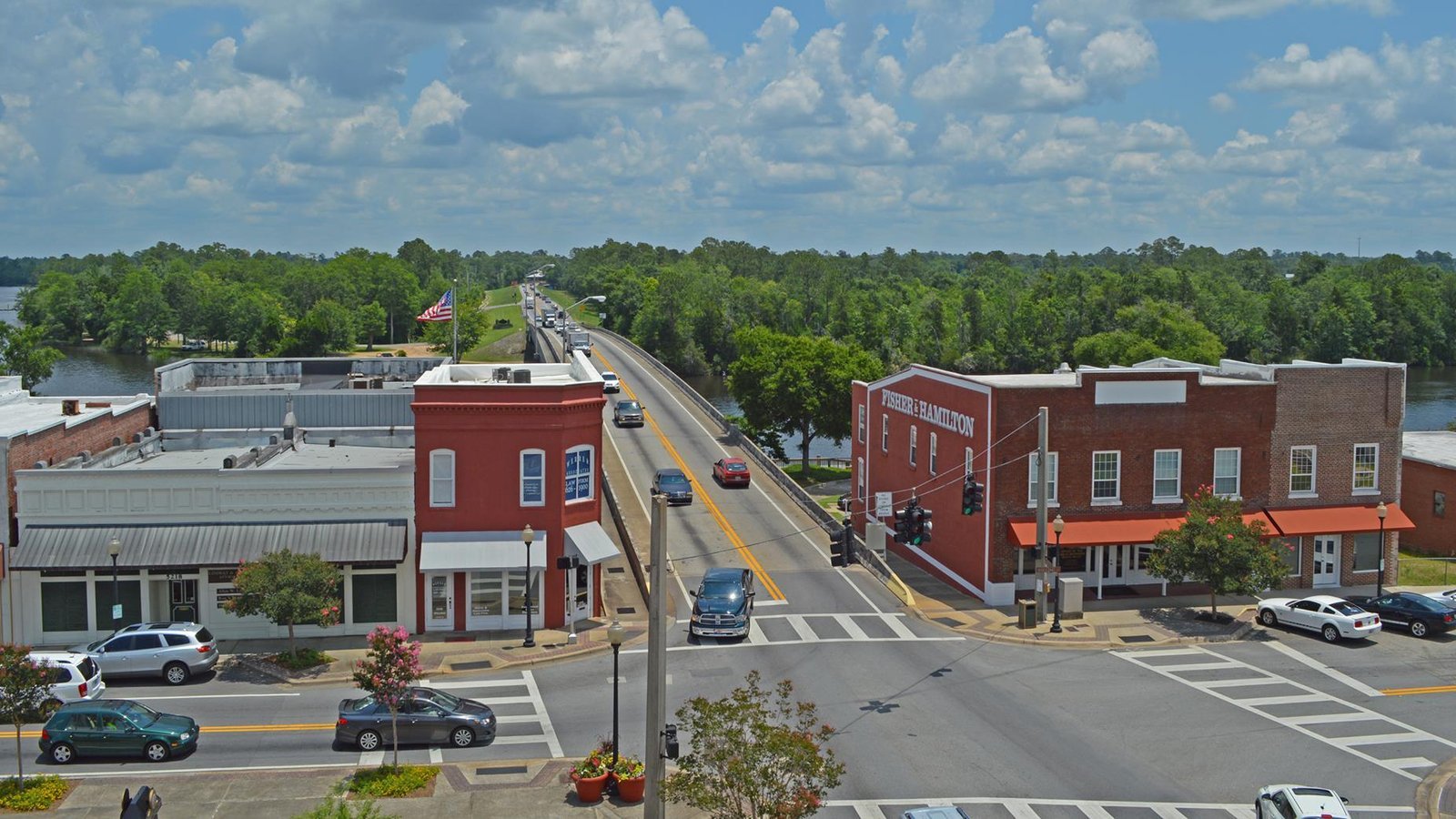 Threatened by a proposed expansion of U.S. Highway 90, Milton’s historic district has been named to the Florida Trust for Historic Preservation’s “11 to Save,” a list of the most threatened historic sites in the state.

State officials have proposed widening Highway 90 from two to four lanes through downtown Milton. Four-laning the existing route would likely mean the demolition or relocation of the 1877 Fisher & Hamilton Building, believed to be the oldest commercial building between Pensacola and Marianna. The Florida Department of Transportation began a project development and environment, or PD&E, study about the Highway 90 expansion in 2014, considering a number of alternate routes for the highway.

Milton’s city council passed a resolution this year calling on the FDOT to select an alternate route to the south of downtown Milton, preserving the historic district. FDOT officials have previously said that a southern alternate route would cost millions more than widening the existing route.

“2017 will be a crucial year for downtown Milton,” said Vernon Compton, secretary of the Santa Rosa Historical Society.  “This year the Florida Department of Transportation will be working to finalize their findings based on the PD&E study as to how they will handle the traffic issues on Highway 90 once and for all. That’s why we’re grateful the Florida Trust has continued to validate and focus attention on the threat to our downtown.  After decades of discussing this issue it all comes down to this.”

The Trust announced the list last week at its annual Florida Preservation Conference in St. Petersburg.

The Milton Historic District was listed on the National Register of Historic Places in 1987 and contains a number of historically significant structures.  During the last half of the 19th century, Milton was one of the nation’s largest exporters of yellow pine lumber, with exports as far away as South America, England, Germany, and Italy.  Once nestled amidst the dense virgin heart pine forests of Northwest Florida, Milton is the state’s ninth oldest city, incorporated in 1844 as the seat of Santa Rosa County.