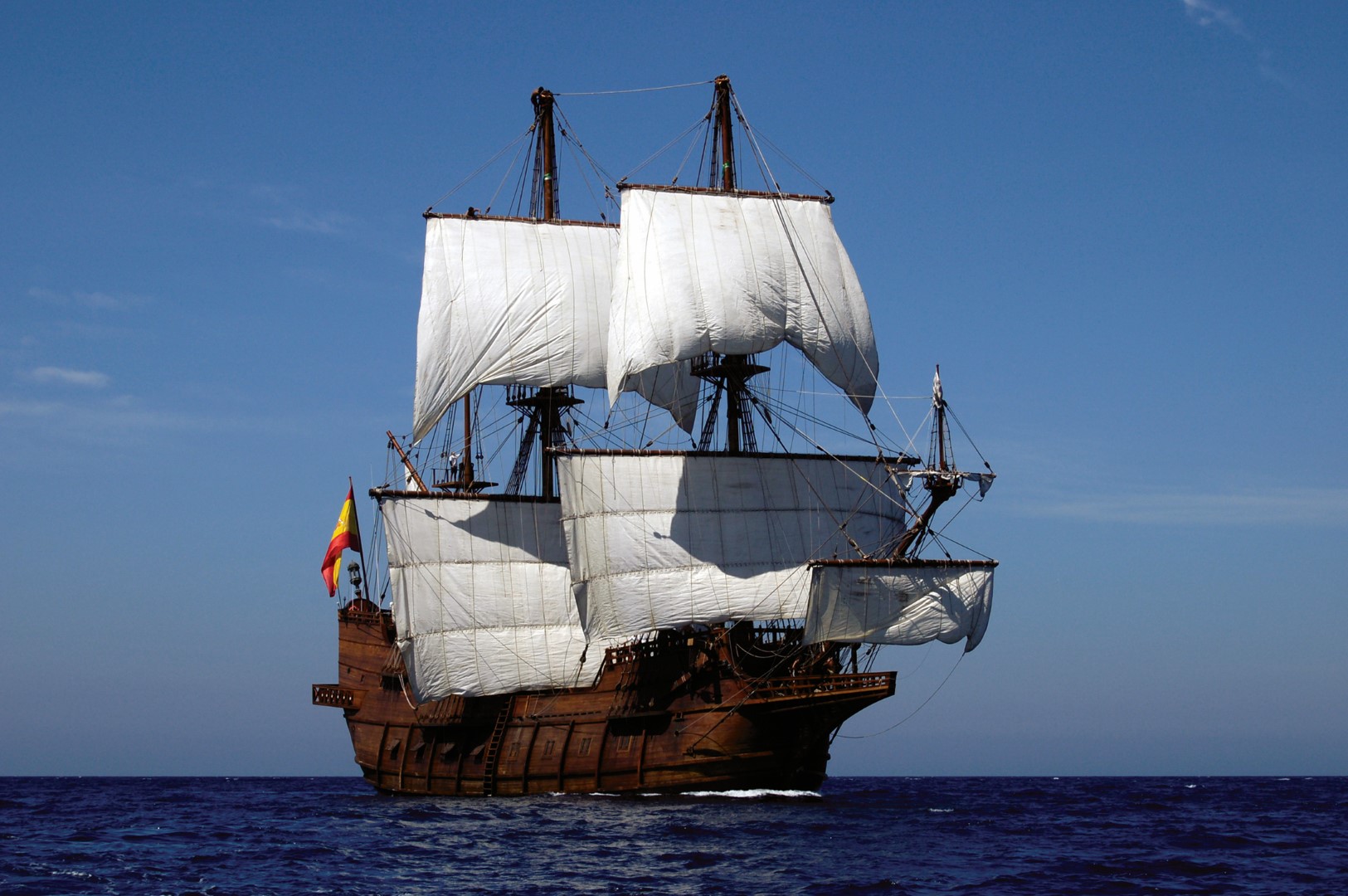 Departing Pensacola after a nearly month-long stay in America’s First Settlement, the El Galeon, a full-scale replica of a 16th Century Spanish galleon, will be docked in Mobile at GulfQuest National Maritime Museum. The ship will be open to the public for tours November 20 through 29.

With daily tours providing access to interpretive displays and information about how 16th century galleons were designed, built and used by Spain to explore the New World, El Galeon tells the story of the first ships to explore the Gulf of Mexico. The ship is 164 feet long with a main beam of 33 feet, and has three masts and seven sails with 10,000 sq. ft. of sail. El Galeon has six decks and 3,400 sq. ft. of public space.

The ship will be docked alongside GulfQuest, and will be operated by its 16-man crew from Spain. GulfQuest will act as the host site for the ship during its Mobile visit.

“Just as Spanish galleons were the first ships to explore the Gulf of Mexico, it is only fitting that this faithful recreation of a galleon will be the first to dock at GulfQuest,” Tony Zodrow, executive director of GulfQuest said. “El Galeon will offer our visitors and citizens from throughout the area the opportunity to experience the Gulf’s history onboard a tall ship with ties to the region.”

El Galeon will dock on the north end of GulfQuest, giving visitors easy access to GulfQuest, Riverside Ice at Cooper Riverside Park and the ship. Admission to tour El Galeon is $10/adult and $5/children 12 and under. Children under five are free. Admission will be collected at the ship. The hours for tours will be 10 a.m. – 6 p.m. daily.

“The timing of the visit couldn’t be better,” Zodrow said. “The Mobile public schools are out of school for the Thanksgiving holidays, making it easier to local families to visit, and there will be plenty of out-of-town guests in the area for the holiday.”

Additionally, the Mobile International Festival is Saturday, Nov. 21, at the Mobile Civic Center, bringing more visitors to the downtown area.

Although GulfQuest is normally closed on Mondays, it will remain open on Monday, November 23 due to El Galeon’s visit.

The sponsors that have provided funds for the ship’s visit include the Alabama State Port Authority, Norton Lilly International, the Propeller Club, Page & Jones and Alabama Power. Others will be announced upon confirmation.